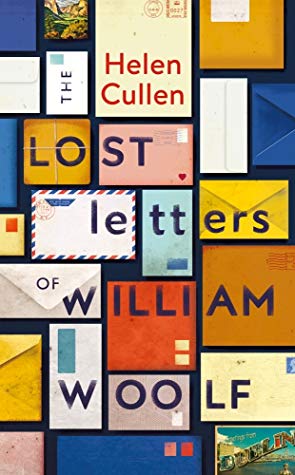 William Woolf works as a letter detective at the Royal Mail’s Dead Letter Depot in East London. His job is to decipher illegible addresses, add missing post codes, reassemble damaged packages and send the mail on its way.

He’s had a few memorable successes. There’s the case of the ambergris, discovered by a schoolgirl on a beach and mailed to a museum but somehow gone astray. William tracks down the intended recipient and redirects the package. Weeks later, he is thrilled to read in the newspaper that the young girl has received an award for her discovery. And then there’s the bravery medal, addressed to Harry Prummel. William hand-delivers the long-lost medal and brings Harry closure on a tragic event from the Second World War.

But he’s experienced failure, too. Once, he dreamed of being a writer. But after months of writer’s block, and a squandered advance from his prospective publisher, which they are now demanding he repay, he has had to extend his days at the depot, and weather his wife Clare’s anger at his deception and lack of ambition. Their marriage is drifting towards failure, it seems.

One day, delving into his assigned sack of lost letters, he pulls a blue envelope from the stack. It’s addressed to “My Great Love” and signed “Winter.” Winter writes to her soulmate, someone she has still to meet, but someone she is convinced she will bump into, just around the corner, when she’s least expecting it, at the bus stop or the opera perhaps.

William is fascinated. More of Winter’s letters arrive, each with a few more hints about who Winter might be. She’s from Dublin, where she lived above a bakery and frequented a pub called the Long Hall, but is living in London now. William is convinced Winter’s letters are a personal call to him and pores over each line for clues. He becomes obsessed and, when one of Winter’s letters announces the time and place of her wedding to her “Great Love,” he decides to attend…

Helen Cullen is an Irish writer who has been living in London since 2010. Before moving to London, she worked at RTE, Ireland’s national broadcaster. The Lost Letters of William Woolf is her debut novel.